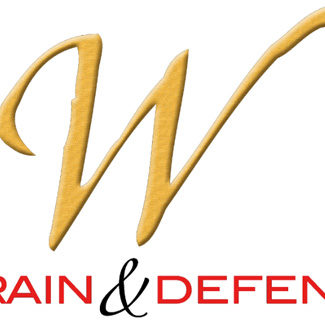 Ammunition…To the new shooter trying to understand even the basics of ammunition can cause great confusion and anxiety. I remember going to the gun store as a new shooter and being completely lost in the sea of boxes, numbers, calibers, grains, letters and jargon. I had no idea what I was looking at or how to apply it to me, my training or to my gun. I didn’t even know what questions to ask to help me!

With all of the intimidation that can come with being a new shooter, anything that can make it a bit more  “user friendly’ and easier to understand, will do wonders to help insure a positive new shooter experience and to build their confidence. Two things that are critical to making sure the new shooter, male or female, young or old has a positive relationship with their firearm and with the sport.

I am thrilled to see Winchester take the lead in not only understanding the challenges new shooters face, but working to bring innovation to help meet their needs. The new  W Train & Defend Ammunition is such a product.

I met with Winchester engineers and production staff prior to the release of this product and was so impressed with their passion and commitment to the new shooter and their eagerness to not only simplify selecting the right ammunition, but to take ammunition to a whole new level.   While I will leave the science to be explained by the experts, (see Winchester press release below) I will say that both the T (Train) and the D (Defend) rounds have noticeably less recoil than conventional ammunition. This is not only more comfortable to shoot, but also allows you to get back on target faster. A big advantage, when seconds count.  The ability to train and defend yourself with ballistically-matched rounds also offers the confidence that the round you shoot to defend yourself with, will shoot and feel exactly as the round you trained with.  No surprises.

I expect Winchester Train & Defend ammunition to be a welcomed and fresh solution to all new shooters who can now confidently purchase and load the proper ammunition for their firearm.

Read the Winchester press release below.

The W Train & Defend ammunition system is designed to provide threat-stopping power with less recoil to the shooter.  The system pairs its range-ready Train rounds with technology-driven Defend rounds, both designed to limit the recoil felt by the shooter. This system provides a perfect solution for new shooters, especially women, who are interested in training to become proficient with their personal defense ammunition.

“The influx of new female shooters to the outdoor/shooting sports category is significant and we are committed to making their experiences positive when it comes to selecting the appropriate gear, which includes ammunition,” said Brett Flaugher, vice president of sales, marketing and strategy. “After an extensive amount of research, we believe this line of quality products will serve a community of new shooters and others who are excited to learn more about target shooting and personal defense, as well as responsible gun ownership.”

The Train rounds of the W Train & Defend system are identified with a prominent “T” on the package. Winchester developed these training loads not only with reduced recoil characteristics, but lead-free primers for improved indoor range acceptance. Packed in 50-count boxes, the Train offerings themselves are also distinguishable from their Defend counterparts with brass shell cases and full metal jacket bullets.

The packaging for W Train & Defend ammunition includes relevant data such as bullet type and weight, the caliber and whether the rounds are for training or defense purpose, providing straightforward information in an easy-to-read format.

The W Train and Defend system includes the following offerings:

For more information about Winchester W Train & Defend brand and all Winchester Ammunition products, visit www.winchester.com, or connect with Winchester on Facebook at Facebook.com/Winchester.

With a company heritage dating back to 1866, Winchester Ammunition was there for the taming of the American West, the Allied Forces’ victory in World War II and through the years, millions of fond memories made in the great outdoors. Known as The American Legend™, Winchester is a global leader in sporting, law enforcement, military and personal defense ammunition production. Winchester continues to raise the bar with new products like Long Beard™ XR™ and Winchester Defender® personal defense ammunition.

www.winchester.com, or connect with The American Legend™ on Facebook at Facebook.com/WinchesterOfficial.

Our warehouse is currently open due to shipping essential items for other companies. Dismiss