Ambassador Academy: Saving the Second Amendment One Woman at a Time 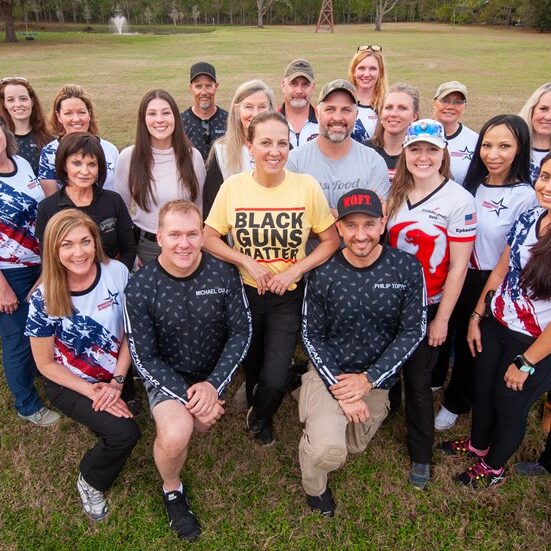 Ambassador Academy: Saving the Second Amendment One Woman at a Time

AA is more than an unforgettable five days of top-of-the-line training, it’s a call to action to save the Second Amendment.

“Shoot me!” firearms instructor Melina Dury yelled at me as I pointed a training pistol loaded with Ultimate Training Munitions (UTMs) at her. In this scenario, I had broken free of her grip and drawn my training pistol as she was trying to kidnap me from a coffee shop. However, I hesitated before firing, and Melina taught me that scenario training doesn’t stop until you take definitive action. At West Orlando Firearms Training (W.O.F.T.) they teach you that drawing a gun won’t stop a determined attacker, but firing will.

People say you never know how you’ll react to something until it happens, but at W.O.F.T. they make “something” happen, over and over again, until you’re prepared to face a real-life threat. The West Orlando Firearms Training facility is a personal-defense bootcamp at which I was fortunate enough to train as a member of the Ambassador Academy (AA) for five days in February. D.C. Project founder and Team Benelli member Diana Muller and her husband Ryan, founders of AA, hosted 15 students at W.O.F.T. for classes on interviewing, video editing, social media and self-defense to foster the necessary skills to successfully advocate for the Second Amendment.

While W.O.F.T.’s safety scenario training is intense and possibly life-saving, it’s also fun! It’s fun to put yourself to the test to see what you’re really made of. As Sinterfire representative Keith Porco said, “Nothing bonds people like a little combat.” Bonding with your group and having a blast while training is one of the things that makes W.O.F.T. so special. When training is personalized, insightful and entertaining, it makes you want to come back for more, making you safer in the real world.

After day one, we got into the real work: defending the Second Amendment. The AA students were largely made up of women firearm instructors, which was inspiring in its own right. Stephanie Schafer of DefComp, Kelly Ann Pidgeon of Armed and Feminine and Karen Whitlock of Trigger Time are some of the instructors dedicated to teaching women how to protect themselves and safely handle firearms. They attended Ambassador Academy to do even more for the firearms community.

And to my delight, Lena Miculek, Second Amendment advocate, professional shooter and overall inspiration was our firearms instructor for the weekend. Her father, Jerry Miculek, widely considered the world’s fastest shooter, was a surprise guest. This father-daughter-pro-shooting-duo took a class of seasoned shooters by storm. They helped students change the way they approached everything about firearms from grip to training mentality. Many of the participants were instructors themselves, and it is a testament to just how dedicated they are to their students and their own personal development that they continue to seek out advanced training. After imparting her knowledge at the Ambassador Academy, Lena went on to win the overall Pistol Caliber Carbine (PCC) champion title in Frostproof, Florida.

Another of the many female firearm superstars in attendance, Lauren Hartnett, New York representative for the DC Project, president of Athena Defense Training and A Girl & A Gun chapter coordinator had some important insight on the motivation behind advocacy. “Not only could sharing your knowledge and including others in firearms training save your student’s life,” said Hartnett, “more 2A voters may save your life.” There is strength in numbers, and preserving the Right to Keep and Bear Arms for American women is quite literally a life-or-death situation.

Each of the Ambassador Academy students and instructors (and you) has a story about how they started shooting. AA taught us how to share our personal stories in interviews, on social media and with others to show our viewers, followers, readers and friends that our lives, and their lives, are worth protecting. Every shooter is an ambassador for the Second Amendment, and proving once and for all that there isn’t a one-size-fits-all reputation for gun owners shows just how welcoming this community is.